We are clinicians, experts in our field who believe in providing you with an excellent, personalised service and positive experience from start to finish encompassing the values of: Consistency, Safety and Care. 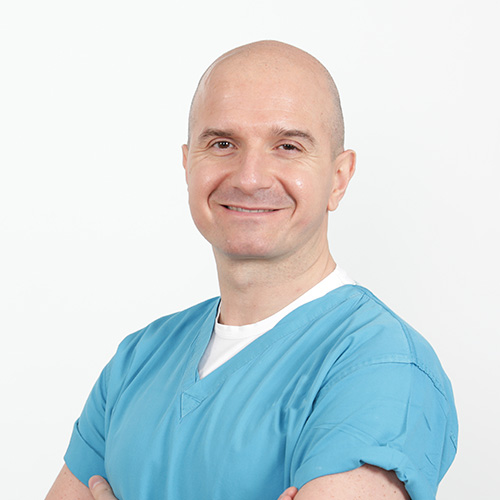 Mr Lukla Biasi is an experienced vascular and endovascular surgeon with a dedicated commitment to the sub-specialties of lower limb revascularisation, carotid surgery and superficial vein surgery.

Lukla Biasi graduated with distinguished honours from the University of Bologna Medical School, Italy. Following a research fellowship at St Georges’ Vascular Institute in London, he completed the specialist training at the University Hospital of Parma, Italy, where he was appointed as Consultant Vascular Surgeon in 2009.

Lukla moved to the UK in 2014 for a clinical and research fellowship on complex lower limb revascularisation at St. Thomas’ Hospital, London.

Mr Biasi took up his consultant vascular appointment at Guy’s and St Thomas’ NHS Trust in 2016. He is currently the lead for Lower Limb Revascularisation, fore-fronting cutting edge endovascular treatments and complex bypass surgery. He has a specialist interest in complex wound management, digital health literacy and telemedicine.

Lukla enjoys spending time with his family in Italy and Ireland and his hobbies include swimming, reading and exploring the Kent countryside.

Lukla prides himself on exceptional patient experience from initial consultation to pre-operative meeting to post-op care with attention to detail, keeping patients and their families involved and up to date with the care at every stage. 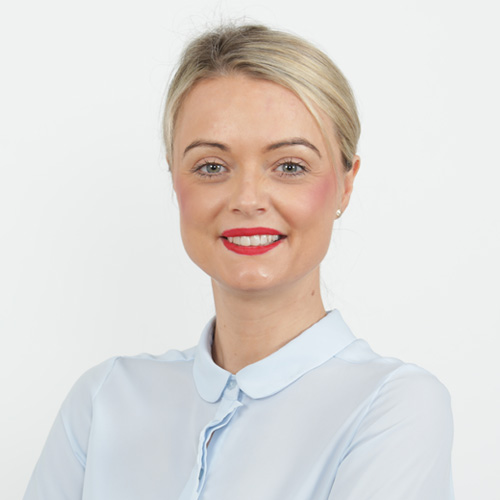 Jemell has 20 years’ experience in the nursing profession. Having trained at the Robert Gordon University, Aberdeen, she moved to London to undertake a Masters in Science (MSc) Advancing Practice in Tissue Viability with the University of Hertfordshire (UOH) which she completed in 2008. Jemell went on to complete a Doctorate in Health Research with UOH which she completed in 2018.

Jemell has a clinical background in older adult medicine and rehabilitation, vascular nursing, emergency nursing and tissue viability. Jemell has worked in both hospital and community settings, private sector and NHS, leading and providing wound care. From 2007 – 2019 Jemell worked in tissue viability at the Royal Free Hospital, Hampstead, London where for six years she was appointed Lead Nurse.

Dr Geraghty is currently a Lecturer in Adult Nursing and Tissue Viability Module Lead, Florence Nightingale Faculty of Nursing, Midwifery & Palliative Care, King’s College London and has been connected with King’s College since 2011.

Jemell has an interest in qualitative research methods and narrative inquiry, specifically the stories of marginalised people living with wounds. In 2019-2020 she led a wound care clinic for the homeless population in London.

Jemell works closely with the London Network of Nurses and Midwives Homeless Group Charity (LNNM) and is the subject -lead for tissue viability. She currently works with the charity Change, Grow, Live (CGL) as Nurse Consultant.

Dr Geraghty sits on the editorial board of the British Journal of Nursing, Tissue Viability panel and has published and presented at national and international level. She is a Trustee of the Lindsay Leg Club Foundation and actively involved in the Legs Matter campaign. Jemell also sat on the board of Trustees for the Tissue Viability Society (2016-2021). Jemell is passionate about inclusion health and addressing social and health inequalities.

To see you promptly, assess you accurately and provide you with state of the art treatment and advice

Excellence based on continuity, experience and the personal touch!

You will feel better in yourself, empowered and confident with your care

We provide face-to-face or video consultation vascular and/or wound care consultations, whatever works for you.

How we do it

First and foremost, we love what we do! We offer a comprehensive vascular and wound care service to suit your needs.

It is important for us to involve you and, if you wish, your family and carers in your plan of care. We appreciate the value of having loved ones up to date with diagnosis and treatment and pride ourselves on a holistic and positive experience. You will be reviewed by us in person and will continue to have contact with us during your treatment. We are flexible and intuitive to your needs and will always work with you addressing your requirements.

If we are unable to offer you the services you require to suit your needs, we will offer advice and recommendations

We are here to respond to any query you may have.